Picture a littered, vandalized and vacant ‘park’ in the central city overlooking the skyline. This was Kilbourn Park in the early 2000s, before COA Youth & Family Centers engineered its remarkable turnaround. Once an underutilized area and hotbed of crime bordering an abandoned railroad along the Milwaukee River, today Kilbourn-Kadish Park is a 24-acre grassy green space filled with children and families and bustling with activity. In recognition of the park’s incredible transformation, COA Youth & Family Centers is proud to announce Kilbourn-Kadish Park has been selected as a finalist for the 2020 Milwaukee Awards for Neighborhood Development Innovation (known as the MANDIs).

Finalists in six categories were announced on Wednesday night at a public event at the Jewels Caribbean Restaurant located on Martin Luther King Drive in Milwaukee. In front of a large audience, COA’s Kilbourn-Kadish Park in the Riverwest neighborhood was nominated to receive the “Brewers Community Foundation Public Space Award” for public space that helps build the community. In 2016, COA Youth & Family Centers won the BMO Harris Bank Cornerstone Award for our work in the Amani neighborhood.

According to data from the City of Milwaukee, from 2005 to 2018 crime in surrounding areas decreased by over 47%

With U.S. Bank as presenting sponsor, in partnership with Local Initiative Support Corporation (LISC) Milwaukee, the MANDIs recognize individuals, organizations and projects that are improving conditions in Milwaukee’s neighborhoods. With the creation of Milwaukee’s iconic Kilbourn-Kadish Park in 2002, COA Youth & Family Centers has done just this.

Kilbourn-Kadish Park, located south of North Ave adjacent to COA, knits together neighborhoods of varying incomes and has profoundly enhanced access to urban green space for residents of Milwaukee’s Riverwest and Harambee neighborhoods. The site, once rampant with illegal dumping and overgrown weeds, now features hundreds of new trees, lighting, a soccer field, refurbished bathrooms, community gardens, an amphitheater and one of the most spectacular skyline views of Milwaukee. According to data from the City of Milwaukee, from 2005 to 2018 crime in surrounding areas decreased by over 47%. 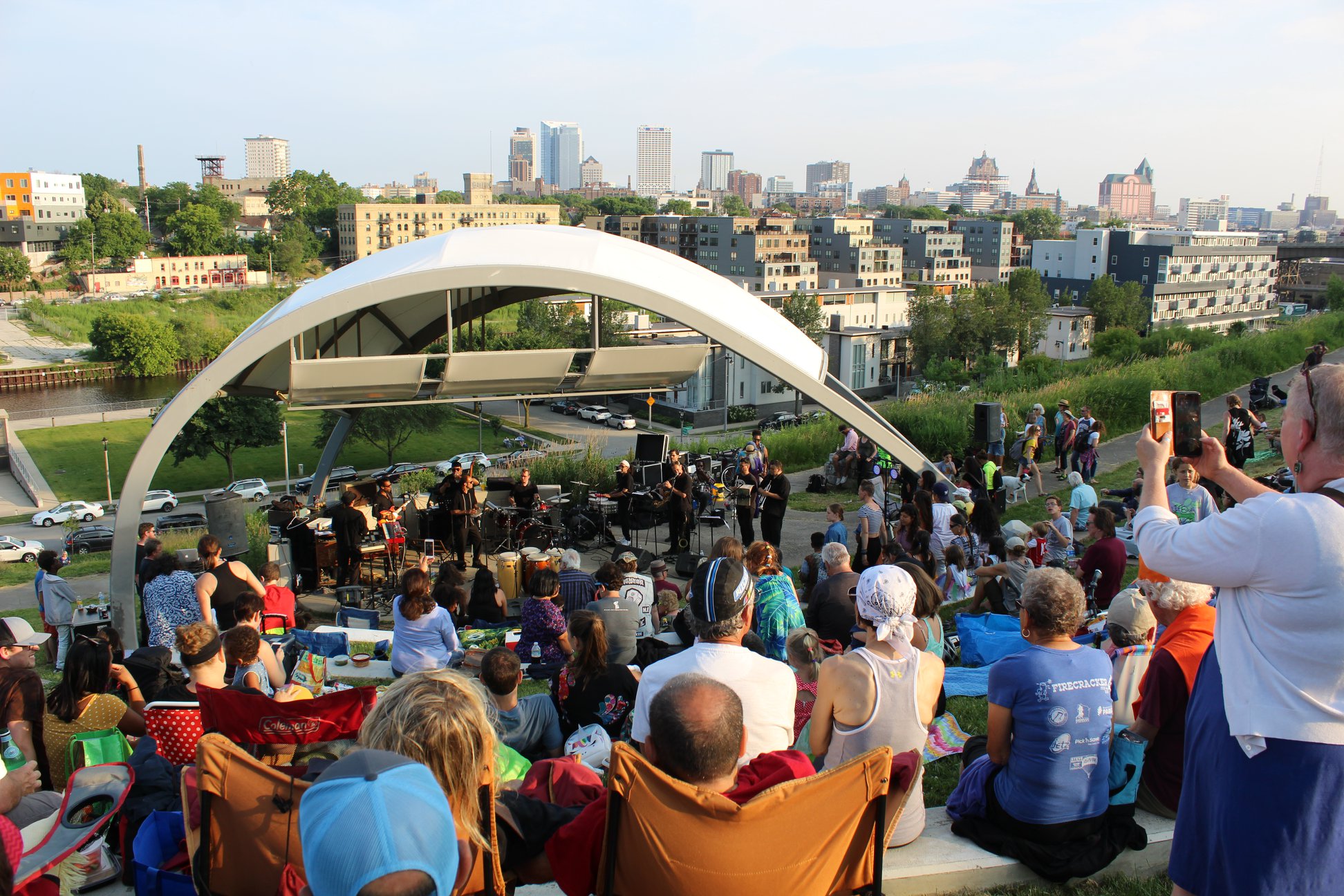 COA Youth & Family Centers regularly uses the park for programming and events, including its beloved Skyline Music series which unites over 8,000 community members in Kilbourn-Kadish Park each summer for free music and family fun. Many local organizations like Simba Soccer Club, Riverwest 24 and United Neighborhood Centers of Milwaukee (UNCOM) use the space for organized activities. The City of Milwaukee Forestry Department, who recently planted 100 new trees in the park, uses Kilbourn-Kadish Park as its training ground. 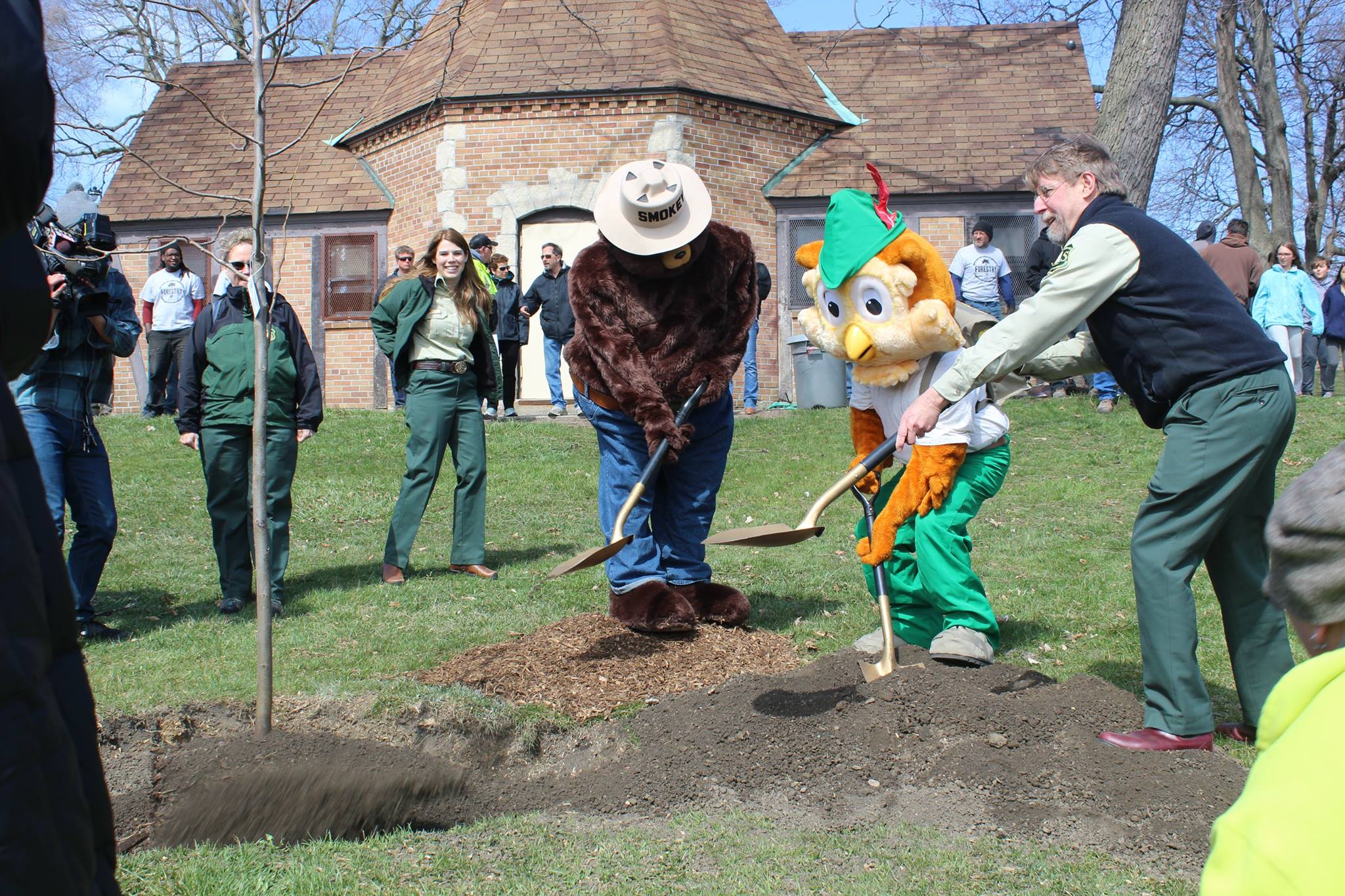 The City of Milwaukee Forestry Division planted 100 trees in Kilbourn-Kadish Park in 2018. They also use the park as their training ground.

Perhaps most importantly, Kilbourn-Kadish Park is now a widely utilized public destination. The park has become a community gathering spot for recreation, family picnics, watching fireworks, weddings and much more. One park-goer described Kilbourn-Kadish as “the perfect place to enjoy a summer evening.” Others have said the park is a “great place to take the family,” offering “the best view of the city!”

MANDI winners will be announced during an award-show style gala at the 21st Annual MANDIs on Thursday, April 2, 2020 at the Potawatomi Hotel and Casino. The “Wells Fargo People’s Choice Award” will be given to finalists who receive the most public votes in April. For more information on MANDI 2020, including updates on how to cast your People’s Choice Award vote for COA’s Kilbourn-Kadish Park, please visit the LISC Milwaukee website (lisc.org/milwaukee). We’ll see you in Kilbourn-Kadish Park!