COA honored four outstanding individuals and organizations for their leadership and service this fall at our annual meeting. The event brought COA board members, volunteers, staff, and community partners together at the Wisconsin Club to hear about another incredibly successful year for COA. We also held an awards ceremony to honor the following organizations and individuals for their outstanding leadership and service: 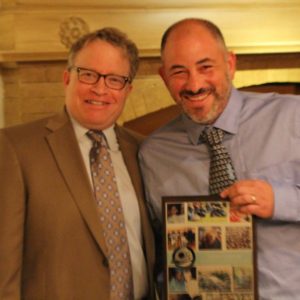 Distinguished Board Leader Award – Daniel Einhorn: Since joining the board in 2006, Dan Einhorn has devoted countless hours to fulfilling COA’s strategic vision. COA honored Dan this year for his role in chairing a special committee that oversaw the opening of COA’s Burke Early Education Center (EEC). Dan played a key leadership role in executing plans to officially open the center in 2015. The new Burke EEC provides a critical early child education resource to the Amani neighborhood, where no other quality early learning services had previously existed. Currently, the Burke EEC provides early education for 85 children daily. Dan is General Partner at Capital Midwest. He served as COA’s Board Vice-President from 2010-2017, and he served as COA’s Board President from 2015-2016. 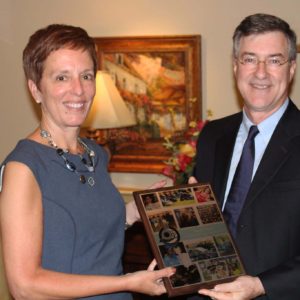 Community Partner Award – Next Door: This year, Next Door provided funding for COA to build a new industrial kitchen at our Goldin Center and a new, safer front entrance staircase. The addition of this kitchen has greatly increased our capacity to provide nutritious meals to children in our early education and youth development programming. Next Door is also the lead agency in Milwaukee’s Early Head Start program, which both COA Early Education Centers participate in to provide high-quality early education to low-income children from birth to age three. Next Door offers opportunities for participating agencies to collaborate, engage and learn from one another to further early childhood development in Milwaukee. 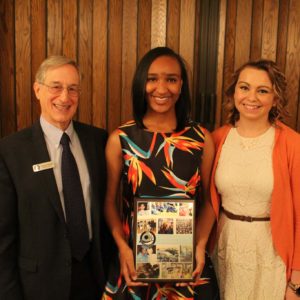 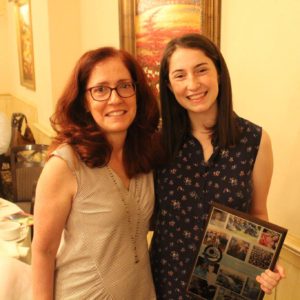 Outstanding Volunteer Award – Katie Eder: 17 year old Katie Eder, Shorewood High School Senior and Executive Director of Kids Tales, received COA’s 2017 Outstanding Volunteer Award for her role in creating and implementing Kids Tales at COA. Katie has volunteered with COA for four years. In 2013, at just 13 years old, Katie came to COA with a desire to share her love for creative writing.  For the past four years, Katie has facilitated the Kids Tales creative writing program for youth participating in the Youth Development program at COA’s Riverwest Center. Through her fierce passion and devotion to COA, Katie has taught valuable writing and storytelling skills and has given young people the confidence to express their ideas. After each weeklong session, Katie publishes the youth’s work into an anthology on Amazon. Aside from her work with COA, Katie’s nonprofit, Kids Tales, has grown dramatically. Kids Tales now teaches more than 800 kids in 12 U.S. cities and six different countries.

COA extends our deepest thanks to Daniel Einhorn, Donna Lewis-Taylor, Next Door, and Katie Eder for their commitment to furthering COA’s mission and to the thousands of children and families who have been positively impacted through their service.

To view more photos from the event, click here!